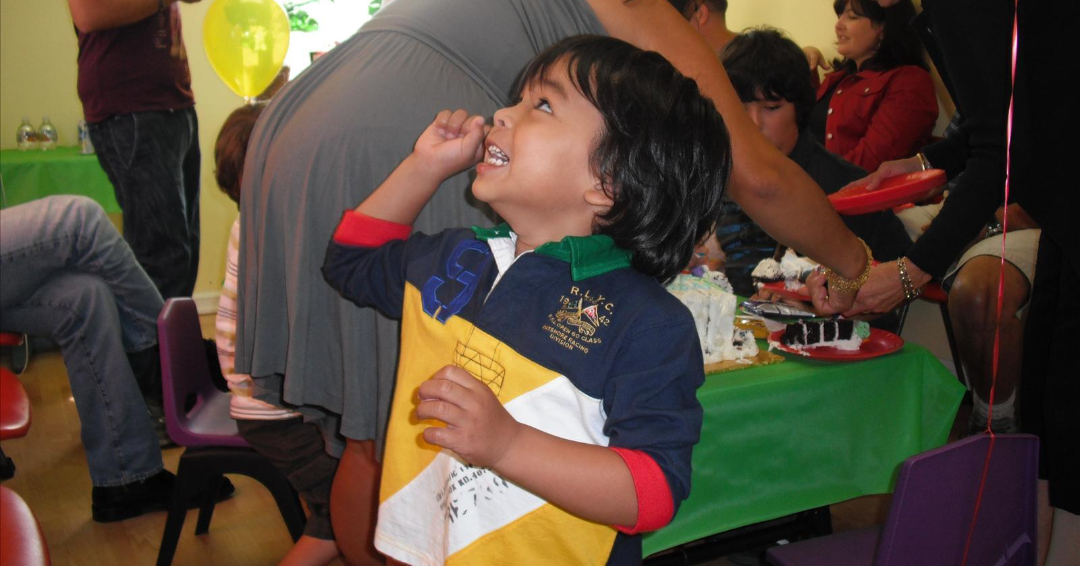 Coming together to heal

Lakas Shimizu was a gentle warrior, a deeply caring, generous, and empathetic young man who had a gift for drawing people together. Lakas unexpectedly passed away at the tender age of eight. In his memory, his family—parents Dan Shimizu and Celine Parreñas Shimizu, brother Bayan Shimizu, and grandfather Robert Shimizu—established a scholarship at UC Santa Cruz. The scholarship honors Lakas’ spirit by supporting students in the arts who engage in artistic and creative scholarly practice, and who organize people together to make an impact for inclusion and equity.

Lakas was always interested in helping people and making sure they felt included, his parents share. He went out of his way to make friends with new kids at school, and had a special talent for making people feel welcome. “He made bringing people together look fun!” He was also the peer-selected “judge” on his elementary school playground—other students would turn to him to adjudicate when issues or disagreements arose.

“Lakas had a very strong sense of right, and was absolutely fearless about implementing it,” says his mother, Celine. ”He had unflinching self-acceptance and self-presentation in a world where there is such a hierarchy of what a leader looks like.”

When Lakas was six years old, he told his parents that his dream was for everyone to be treated the same.

“Lakas had a natural eight-year-old’s awareness about race and difference,” says his father, Dan. “When he drew self-portraits, he always gave himself dark skin. He internalized that he’s a person of color without voicing it directly. If he had been older, he would have been interested in promoting diversity. He didn’t have the words diversity and inclusion, but he would have been all in.”

“Lakas was a very special human being,” says his grandfather, Robert Shimizu. “We were fortunate to have him in our lives. Lakas cared about people and bringing them together. This scholarship celebrates who he could have been by helping other people achieve their hopes and dreams.”

The family wants to help transform opportunities for scholars by ensuring that finances are not a barrier for students pursuing higher education in the Arts.

“Equal access to education is very important to us,” says Celine. “We were living in Hillsborough, California, at the time (of Lakas’ passing). It’s a very wealthy community and yet just across the street, just across El Camino, it’s a very different environment. There’s poverty, there’s hunger, there’s homelessness. It’s not visible to everybody but it’s something that really concerned Lakas.”

The family hopes that the scholarship will create opportunities for UCSC Arts students. Celine Parreñas Shimizu joined UC Santa Cruz as Dean of the Arts Division and Distinguished Professor of Film and Digital Media in July 2021. She brings a passion for continuing the division’s culture of welcoming students as professional artists the moment they step onto campus. She encourages students to dig deeply into their pain, their suffering, their joy, and their differences to create art that is meaningful to them.

Lakas leaned into his strengths, he understood the responsibility of becoming great, and identifying what you’re good at. The family says they learned so much from him, and the spirit of the scholarship in his memory reflects that. They want to amplify his approach to cherishing being together and doing great things in a way that invites a person to be themselves fully.

Helping the students find their role

“Using that to get through, to survive, to create a change in the world precisely because you are alive. I think a lot about that with our students,” Celine says. “If we’re only going to have them for a few years, what they need to leave school with is a strong sense of how they can contribute in a way that is distinctive to them. If this scholarship can help them achieve that sense of security and certainty in the way they will move forward in the world knowing that they will encounter loss—that they will face obstacles and the scholarship gives them the strength to overcome them—then how truly wonderful is that?”

Celine was a political asylee and refugee, and says she relied upon the charity of others when she arrived in the United States as a child. Scholarships allowed her to pursue education. Philanthropy had always been important to Dan’s family, and she learned from them.

“The importance of our family’s philanthropy became accelerated after Lakas died,” she says. “We want to continue Lakas’ spirit of giving. It feels so good to give to others. Instead of hoarding resources, it’s important to share them. And do it purposefully, with meaning.”

Dan agrees, adding, “to help others is a way we can intentionally promote the things we believe in.”

“So much of the gift is for us to imagine Lakas here and to let his spirit ripple through the community and enable other people to flourish,” Celine says.