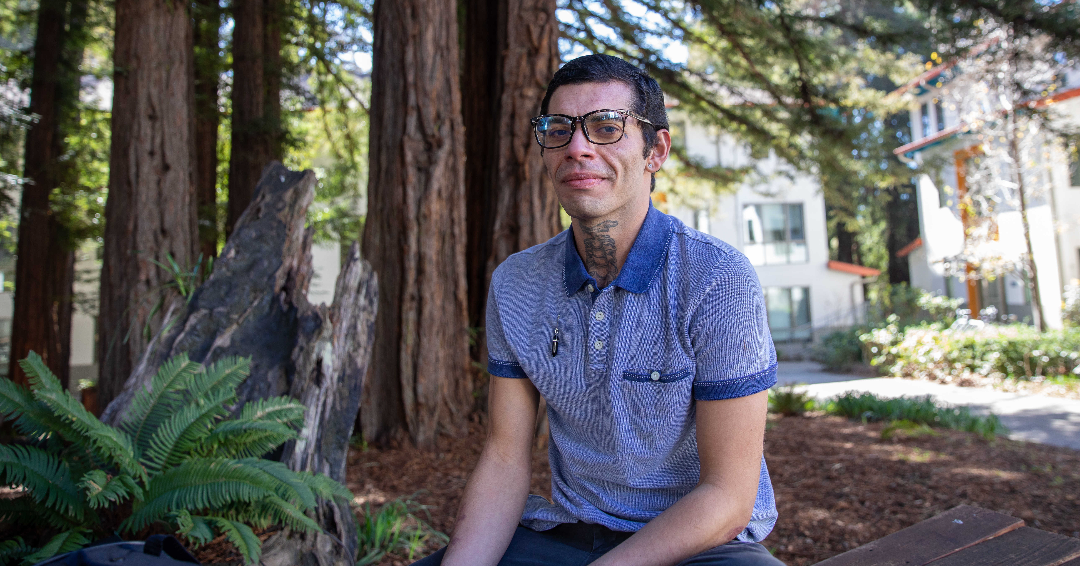 A unique partnership between The Humanities Institute, a leading national media outlet, and a generous UC Santa Cruz donor is amplifying opportunities for UC Santa Cruz students. The three have joined together to create a paid fellowship for humanities students at The American Prospect, a daily online and bimonthly print American political and public policy magazine.

For Ronald Gunna, the first fellowship recipient, the experience has been nothing short of transformational.

This fellowship is opening up a new realm of life,” says Gunna, a first-generation college student. “Academia opened one door, and this is opening a whole new area. Half of success is education and degree—and the other half is putting it to practice.”

The paid fellowship was the inspiration of Michael “Mike” Stern, a long-time supporter of The Humanities Institute at UC Santa Cruz.

“The intern program at the Prospect and the ability of UC Santa Cruz to field interns from the humanities is where my two great interests intersect,” says Stern. “Many students are being indoctrinated that the only way they’re going to get a job and do something useful is by doing something in STEM. At UCSC, the message is that the Humanities equip you well, not only as a global citizen, but as someone who can get a good job. Those are the things that the university is working on, and that aligns with my values as well.”

He added that civic accountability journalism is at the forefront of his pursuits, and that The Prospect is one of only a handful of policy journalism outlets out there.

Stern’s ties to The American Prospect go back to his college days, when he attended Columbia with one of the magazine’s co-founders, Paul Starr. He and Starr were roommates and fellow editors of the university’s student newspaper, The Spectator. Stern has served on The Prospect’s board of directors for many years.

“The Prospect is something unique, which is reported policy journalism,” Stern says. “It tries to explain how policy choices affect people’s daily lives not through scholarly or more academically oriented research but by doing deeply reported stories.”

The American Prospect internship has been made permanently virtual as a result of the pandemic, making it more equitable and accessible—a student doesn’t have to incur the expense of relocating in order to participate.

“It’s a way to diversify the internship and contributors to the magazine both economically and geographically,” Stern says. “It means that not everyone needs to come from an elite Eastern university in order to be an intern.”

Stern recognized that the magazine could offer a life-changing experience for a UCSC student through a paid, virtual fellowship. By funding the internship for the next few years, Stern is investing in the future of Humanities undergraduates.

“One of The Prospect’s major contributions to journalism is to train future journalists. By having students have access to internships there—then see that all the things they’ve learned how to do in school like how to think critically, how to read critically, how to do research— can bear fruit in a real job,” Stern says.
Gunna agreed, saying the fellowship appealed to him because of the opportunity it offered him to learn outside of the classroom.

“At school we learn the theory, the academic work, the structure. But once you leave, what do you do with it? How do you apply it—and make an actual difference? I’m getting that now.”

Gunna participates in staff meetings, facilitated by The American Prospect’s executive editor David Dayen, alongside the magazine’s editors, writers, and other interns and feels free to participate on an equal footing with everyone.

Stern was inspired to create the paid fellowship for UC Santa Cruz students because the Prospect offers students a great mentorship opportunity and connection to journalists and professionals.

But not only is Stern creating mentorship opportunities for Gunna and the future American Prospect/UCSC interns that he has committed to funding, he is serving as a mentor for Gunna directly. Stern and Gunna connect on a regular basis.

“I’ve really seen him gain confidence,” Stern says. “It’s expanding his ability to see the big picture. He is getting a sense of how that perspective translates to being able to think and write about the issues that face us. I’ve seen him grow in his ability to put classroom theory to work in a professional setting.”

Gunna is grateful—not only to have been selected for the fellowship but for Stern’s personal interest in him.
“This isn’t someone who just handed money to the school. This is an individual who cares about students like me and creating opportunities for my success,” Gunna says. “It’s pretty humbling.”

“I don’t have a whole lot of adults with whom I can check in with about the work that I’m doing, so it’s really great to have someone to share this with. I come from a family where just getting into university is a huge deal in and of itself. It’s nice to have someone to talk to who understands some of the more nuanced elements.”

Gunna is a Santa Cruz local, the oldest of four boys raised by a single mom. His path to UC Santa Cruz wasn’t traditional. After high school he attended Cabrillo College, the local community college, and then took some time to travel, live, and work in other areas of the country. Now 29, he is nearly a decade older than many of the other students on campus. He says his unique experience provides perspective and balance.

He encourages other students to take advantage of all that UC Santa Cruz has to offer.

“There’s so much opportunity here at the university,” Gunna says. “It’s not just to come and get a degree and go home. It’s about opening up your mind and a whole different world. This is just the beginning.”